Why Google Apps Must Needs Die

May 12, 2016
There are two pillars in the education sector right now, Google and Microsoft.  Google has Google Appsfor Education which is made up of Google Drive (a file system), Google Docs, and a variety of other applications that work relatively well together.  Microsoft, on the other hand, has OneNote Class Notebook along with the rest of the Office suite, OneDrive (a file system) that also work relatively well together.

There is, however, an important distinction between the two.  Google Apps, with Google Drive & Docs at its core, is the last, desperate breath of the GutenbergParenthesis… the final phase of the (relatively) brief time in human history where knowledge, information, imagination, thought and creativity were held subservient to the linear progress of typeprint. 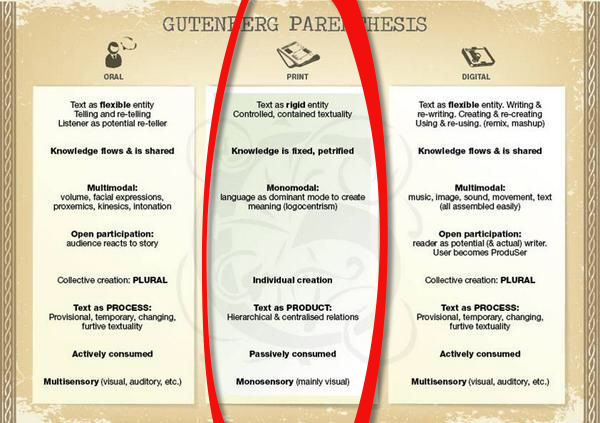 Google Apps, tied to the discrete structure of the Drive and the typewriter-environment of Docs, keeps the students locked into the workspace of the earliest type-setters, albeit in a digital space.  There have been improvements in productivity and collaboration, but the cursor blinks relentlessly at the top of the page and moves in lines across and down the page. 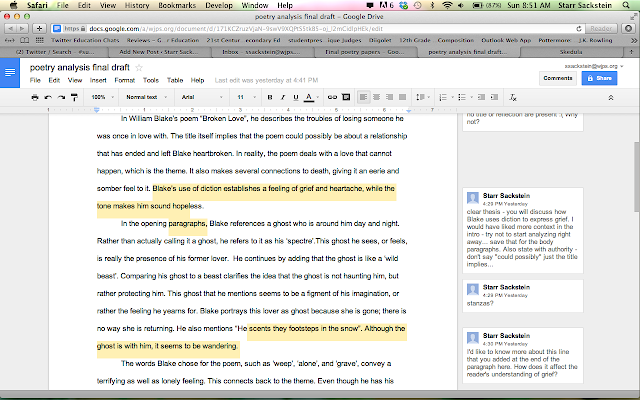 GoogleDocs purports to be digital but it remains stuck in the text-space of Gutenburg.  You can click around once you’ve added content but inexorably you return to the line.  Teachers create worksheets that students dutifully fill out in lockstep with the rigid margins and tabs on the page.  Their world, made up of point size, indents and carriage returns.  Students can work in the space together, but only by the Rules.


I contrast this with what happened before Gutenberg and what happens now with Microsoft OneNote.  Before Gutenberg, it was an oral history, there was communication steeped in performance, what text there was, was written by hand –and a personalized hand that reflected the writer and their intent --  text was illuminated with hand-drawn images in whatever space remained.  The sand, the slate, the cave wall was open to any initial input – and went on practically forever in all four directions.

Freedom of movement within the space they worked with, zooming in between or zooming out beyond, layering of ink onto ink, sketch on sketch, building ideas up.  While Gutenberg provided us a way to capture information and record fiction, he did also bind us to a sterile, rigid page; a Cartesian prison. 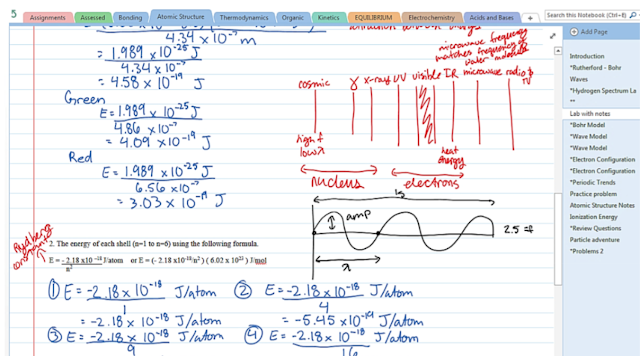 Microsoft OneNote, although it uses the “page” as a naming convention, breaks through the Parenthesis by allowing the same vigorous freedom as the cave wall with the obvious digital advancement of images, audio, video, hyperlinks and any other modern content all within its own space, no additional apps needed.  Our students, like our ancestors once could, can place their pen anywhere on the page and begin to express their passions; they can spiral out or zigzag backwards.  They can write letters, scrawl equations, draw pictures, chart maps, inscribe their thoughts in a rainbow of colour, in broad slashes or narrow curves.  They can connect images with video, annotate graphs with arrows to written description, reflect on the contents of a PDF with scribbles of approval or disgust.   All in the same space without leaving to find another app. 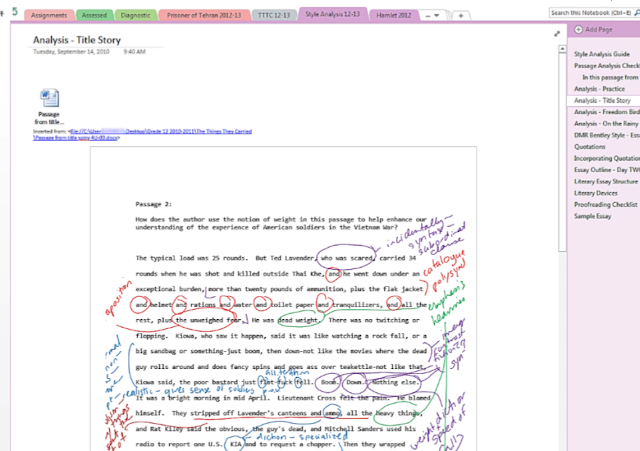 And yes, they can type text in Microsoft OneNote. But text that is free from the top left of the page from its inception – at its core, the OneNote Page is designed by the student, not the man who pours the red ink in the Hilroy factory.  Or, more on point, the programmer at Google who decided the rate of the cursor flash.  Our students return to the flexibility their ancestors had meant to bequeath them, interrupted by 500 years of Gutenberg iron rule. 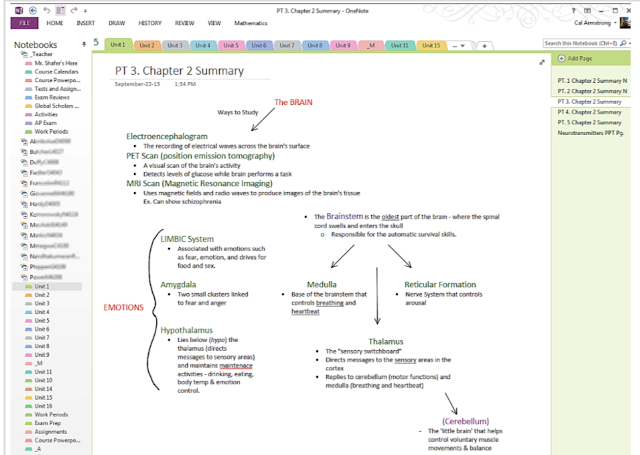 So, to move into the modern era, Google Apps will have to evolve away from the text it languishes in, or die.  The future, like the past, is written with the stroke of the pen, not the clack of the keys.  The students should live in a dynamic space, not dependent on the boxed letters caught in a QWERTY grid set before the student but rather free to write, sketch, doodle and design their learning through a natural extension of their hand.