When she was bad, she was horrid... 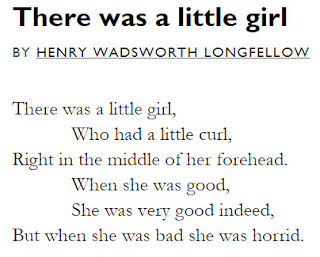 Growing up we had a huge book of poetry in the house, and I remember reading it regularly.  One that I remember is from Longfellow ... and it applies to this situation.
I have the pleasure of working with the folks at the Park City Mathematics Institute this summer. What happens is that for 2 hours in the afternoon we work together on a project. In the past, I've introduced folks to OneNote and, although it takes them about 6-8 hours to get use to the interface and environment, it usually turns out pretty well.
So this year, the obvious thing was to bring Microsoft Teams into the space and leverage its capabilities.  I had used it at school with my classes and it worked out really well.  It has a slick interface, brought in some AI, connected to every bit of content you'd ever wanted... in short, at school it added a lot to the classroom.
So I thought it would work really well as we worked on our project.
I was wrong.
So. Incredibly. Wrong.
It was a disaster. A complete & utter disaster that affected our productivity and my credibility. With enduring ramifications.
I set the Team up and invited the participants as guests (since they're not part of our domain).  I created a OneNote inside the Team for us to work in and was all excited.
It started just getting to Teams.  They needed Microsoft Accounts.  That went off relatively well since Microsoft lets you tie a Microsoft Account to any existing email account.  So we got that done.
We don't have the strongest wifi and so that kept Teams failing to load well.  The participants were reluctant to download the Teams app, so they kept trying to do it by wifi and it kept failing.  The Mac users also used Safari, which is not the most modern of browsers, so Teams kept failing on that  -- they were eventually coaxed to install the app, which improved things.  The user with the iPad installed the app, so that went okay, as well as the user with the iPhone.
Then they wanted to use the OneNote... again, they didn't want to install the app, so they tried uinsg the web version inside of Teams -- but remember, wifi was crap, so pages wouldn't load and it made OneNote look like it was to blame.  Having installed the Teams app, they were even more reluctant to install yet one more app, so they just got annoyed with OneNote.  And on both the Mac and the iPhone it continually asked them to type in their username/password.
Then we started to work. We added a Word document to the Files section of our Team.  The iPad user could not edit it on his device - the Teams app would not authenticate him at all. When he managed to get it into the Word app on his iPad, the Word app insisted he needed an Office365 license to edit it. So the iPad user gave up and just used GoogleDocs & then copied & pasted his work into OneNote.
The other challenge is that Word Online opens up in View first, so the participants always kept thinking that they couldn't edit the document and would get frustrated with being unable to type (yes, there's a big Edit button on the screen, but nobody sees anything).
We had a lot of lost work - it seems that on the iPad the authentication either times out or requires stronger wifi than we had, and they would be working in Word on the iPad and it would lose all their work when they tried to save it (they wouldn't get authenticated properly).
Another participant was working in a Word document, closed it and then within Teams, tried to move it to another folder. It gave a half-visible message in the lower corner and wouldn't let her.  (As it turns out, we had to wait for Teams to unlock the document from the editing before we could move it -- but it was an unreasonable amount of time to wait, and the half-visible error message didn't tell us anything useful.)
Now I have a group of six people who have had a horrible experience with Teams but in their conversations, they of course mix up Teams & OneNote since they're linked together in the Teams application and in their brains. And so the next time they encountered OneNote they'll be ever more resistant than ever.
And I was surprised to see the announcement of a free version of Teams given how poor of an experience guests to a paid-for account were treated.
I would also point out the different experience I had with the OneNote versus the Teams online support.  OneNote always seems to be on top of problems... I've yet to hear anything from Teams in response to my issues.
Lesson Learned: Forget about Teams outside of my school - it's not ready for a mixed device environment and non-Microsoft users.  Just use OneNote for everything. It was so disappointing to have this experience when usually, OneNote is seen as the life-saver in a poor-wifi environment because of the local sync'ed copy.