It's too far to walk 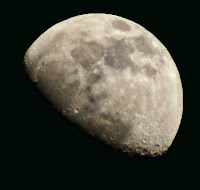 I heard this twice yesterday.

Both were about venturing into a different space.

I have my feet in two distinct camps, that of the IT Department and that of the faculty.  And I heard the exact same words coming from both.

It's too far to walk.

It wasn't laziness that prompted them to say that... there's something more.  There's a reluctance to engage with "the other".  They aren't (or don't) like us.

And so I push, and I prod; I josh and I cajole.  And I try to make it seem so that it's not so far.  But it was a good reminder that the issues of professional development and technological growth aren't limited by our budget or by our policies but rather by the individual, personal feelings (and perhaps, fear) we have for the other.