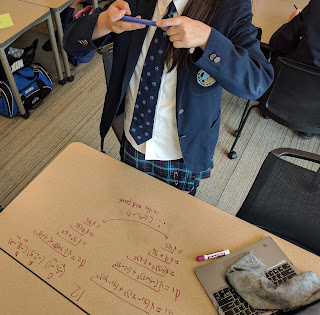 As folks know, I'm a big fan of #digitalink -- as a math teacher, as an aspiring creative person, I always want to scribble. I write on everything at home, and always have.  The back of envelopes (when people use to send them), post-it notes, boxes... I scribble everywhere.  I also doodle a lot when I'm bored. Lots of geometric figures, fractals and attempts at people.
But it's also math -- math is drawing, sketching, inking the patterns & graphs we ask them to provide the algebra for.  And algebra! Lord, the notations.
That's why, when we were rebuilding our classrooms and someone asked me my opinion, I asked specifically for desks that would allow whiteboard markers.  And it's been great!  My students aren't encumbered by the limits of paper or the laptop's screen and they don't have to go up to the board to collaborate.  They use the desk-top and a whiteboard marker.  In this digital age, they then use the Office Lens app on their phones to push their work into their OneNote -- it's important not just to do the work, but document it and reflect on it later. 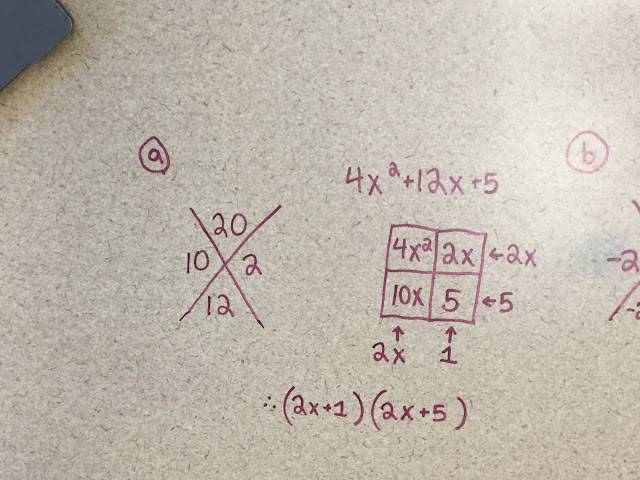 We also use the windows that run down the length of my classroom to write mathematics -- usually I just write the important ideas during a class for them to always have visible (the primary trig ratios during our trig unit, or the quadratic formula) -- and then drop the blinds when I don't want them there.
It does take a few days at the start of the year for students to get over the "don't write on the tables" that elementary school often drills into them.  Yes, I take humourous advantage of knowing that internalized rule and just cavalierly write on the desk at the beginning of the year when they have a question and watch them squirm -- "Sir, you're writing on the desk!" -- acknowledging that they had that rule, and that neither the rule or the ink is permanent helps to break the fear quickly. And other teachers (and guests) will often react negatively -- but once they realize the students can wipe it off and are using it constructively, I begin to see things start to appear on other classes' desk & windows, too. 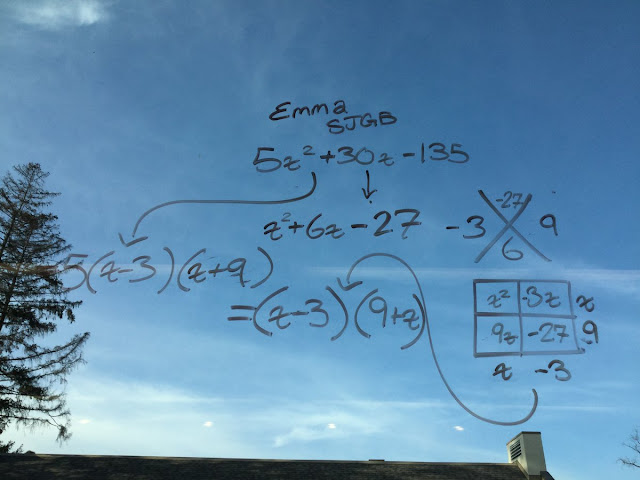 I do talk to the cleaning staff and ask them to leave the window content up (good ole "PLO" helps) and the students are required to clean the desks off at the end of class (or sigh, I do in case I'm not sufficiently vigilant).  It's not the staff's job to clean up our learning - they're occupied with just the daily remains of our existence.
I also rip up my old towels and use them as table/window/whiteboard erasers.  They're fuzzy enough to get all the marker wiped off and quick to thrown in the wash at home. They are also popular enough that I noticed that other teachers have stolen them for their rooms.  Reminder: bring another few old towels to school tomorrow.