I've seen this before -- Previous Versions in Word (& Excel & PowerPoint)

January 13, 2020
One of the handy things about having infinite storage in Office365 is that there are versions of every bit of your work stored continually.  So, when I worked on the Word document in my previous blog post on Restricting Editing (here) the Word Document had several Previous Versions, snapshots of my work in progress, stored in my OneDrive alongside the most current version.  And I can bring them back, or compare them with the current version pretty easily. 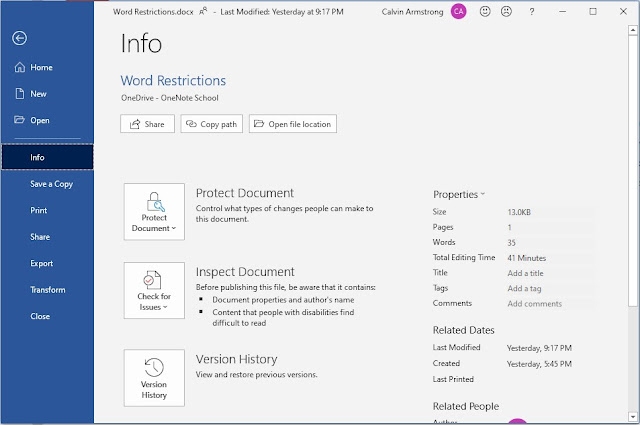 Open up your document in the Word applications as usual, then click on FILE and choose INFO.
You'll see a button called VERSION HISTORY... go ahead and click on that! 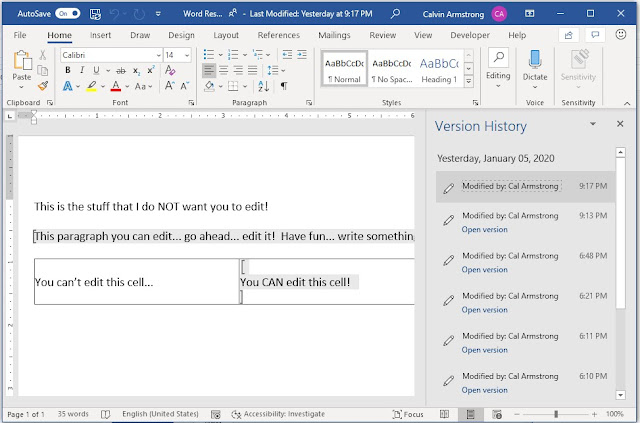 You will flip back into the Word Application and see the list of the different timed versions along the left.  You can click the Open Version that is below each version and that version will open in a new application window so you can then edit, save under a new name, grab content you had deleted by mistake, etc.
Now, what if your current version isn't working and you can't open it in Word?  Well, all of this is available online inside of OneDrive.  So head on over to Office.com and click on OneDrive. 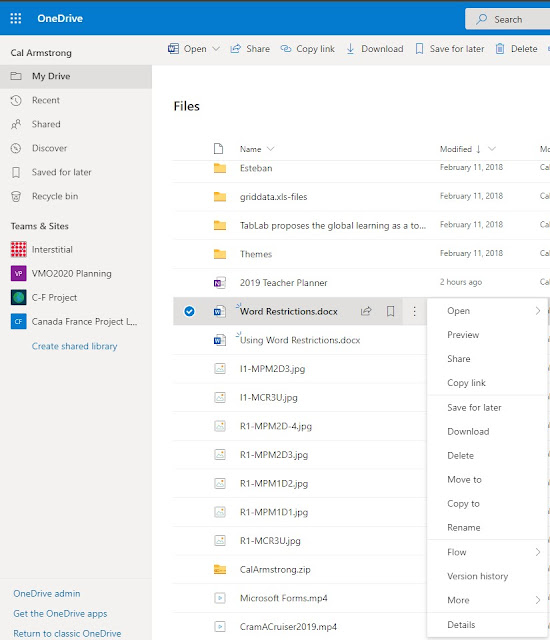 Click on the 3-dot menu next to the name of your document (or Excel or PowerPoint) and choose VERSION HISTORY.  It will open up a panel to the right and you'll be able to click and open it to continue editing.  Notice you can also RESTORE it as the current version. 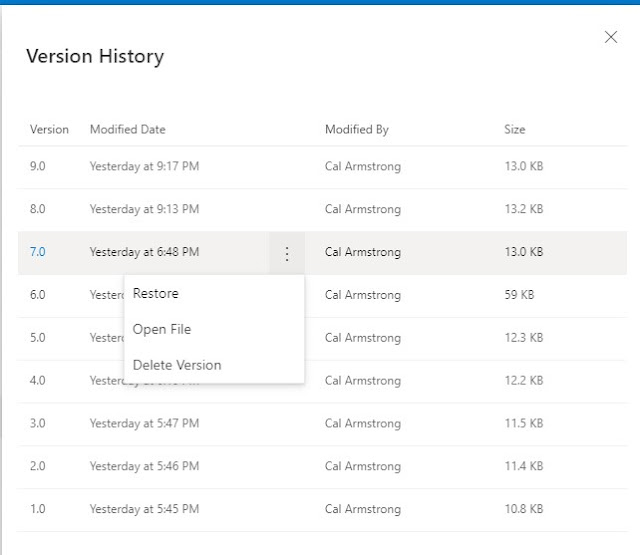 This Previous Version has saved my bacon (and other people's bacons) a couple of times when we've removed paragraphs and then realized we've wanted to actually use that portion.  So flip over to the Previous Version, pull out what you want and drop it into the current version.